Nocturnal hypoxemia is a state where the oxygen level in the blood drops below normal during sleep. It is a sleep-related breathing disorder that may result in symptoms like shortness of breath.

The oxygen level in a blood sample taken from an artery is used to diagnose nocturnal hypoxemia.  It also can be determined by measuring blood oxygen saturation during sleep through non-invasive pulse-oximetry.

The normal reading range of the pulse oximeter is 95-100%, and when it drops below 90%, it is considered low.

Various factors that affect the continuous supply of oxygen to cells and tissues in the body are:

A problem in any of these factors may cause hypoxemia. When the blood oxygen falls below normal levels, a person may experience headaches, shortness of breath, or restlessness. Some common causes of nocturnal hypoxemia are:

Nocturnal hypoxemia is a sleep-related breathing disorder that impacts the quality of sleep and can be a reason for the development of other sleep disorders.

The Effect of Nocturnal Hypoxemia on Sleep

Sleep is a periodic state, which is essential for rest and repair of the body. During sleep, voluntary respiratory control is absent. Sleep plays a vital role in overall health throughout life. Getting quality sleep at the right time can help protect physical and mental health.

The quality of sleep you get greatly affects how you wake up. A night of good sleep will help you stay fresh and relaxed during the day, whereas if you get disturbed and get poor sleep, you will feel exhausted and tired the whole day. During sleep, the body goes to repair mode, supporting healthy brain functioning and maintaining physical health. 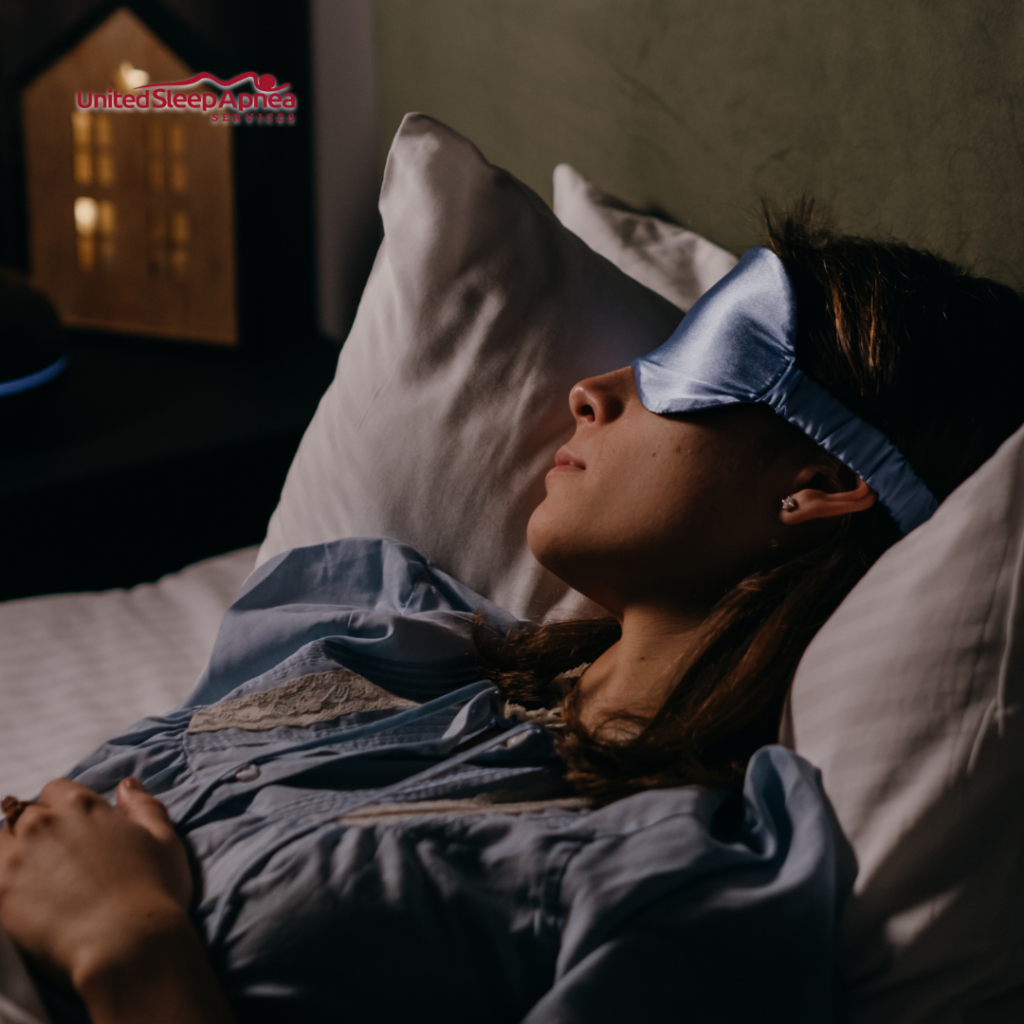 Diagnostic methods like overnight polysomnography and HSAT tests of patients suffering from nocturnal hypoxemia show that sleep quality decreases during the episodes of hypoxemia. 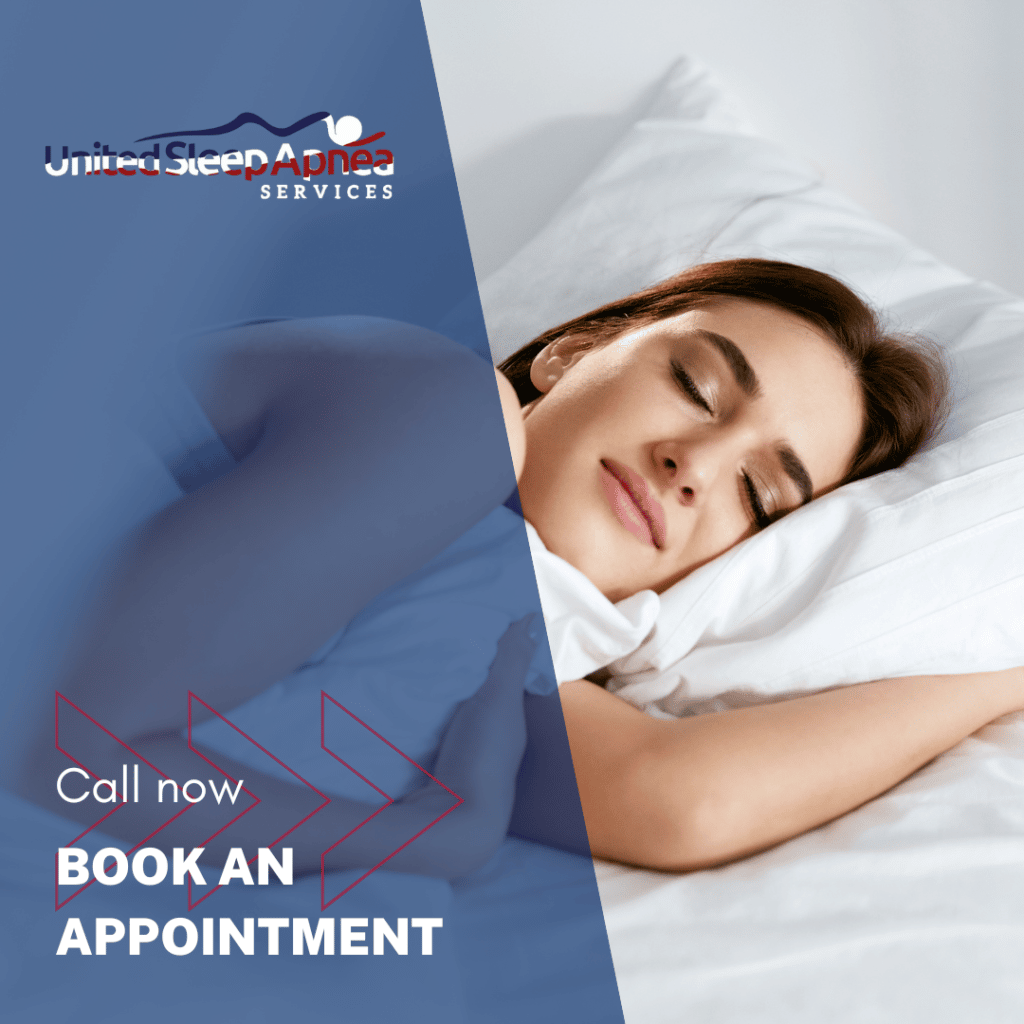 ARE YOU MISSING OUT ON THE MOST RESTORATIVE SLEEP OF YOUR LIFE?

Reduce your daytime fatigue with the latest diagnostic testing and physician services for improved health.

Our team of experts will listen to your concerns, guide you through the process, and answer all your questions.

The Effect of Nocturnal Hypoxemia on Sleep Disorders

Sleep apnea is a chronic sleep disorder characterized by the collapse of the upper airway during sleep. This results in a decreased airflow associated with a fall in oxyhemoglobin saturation. In certain patients with sleep apnea, gas exchange during sleep may be affected severely, especially if they have obesity or chronic respiratory diseases like COPD. 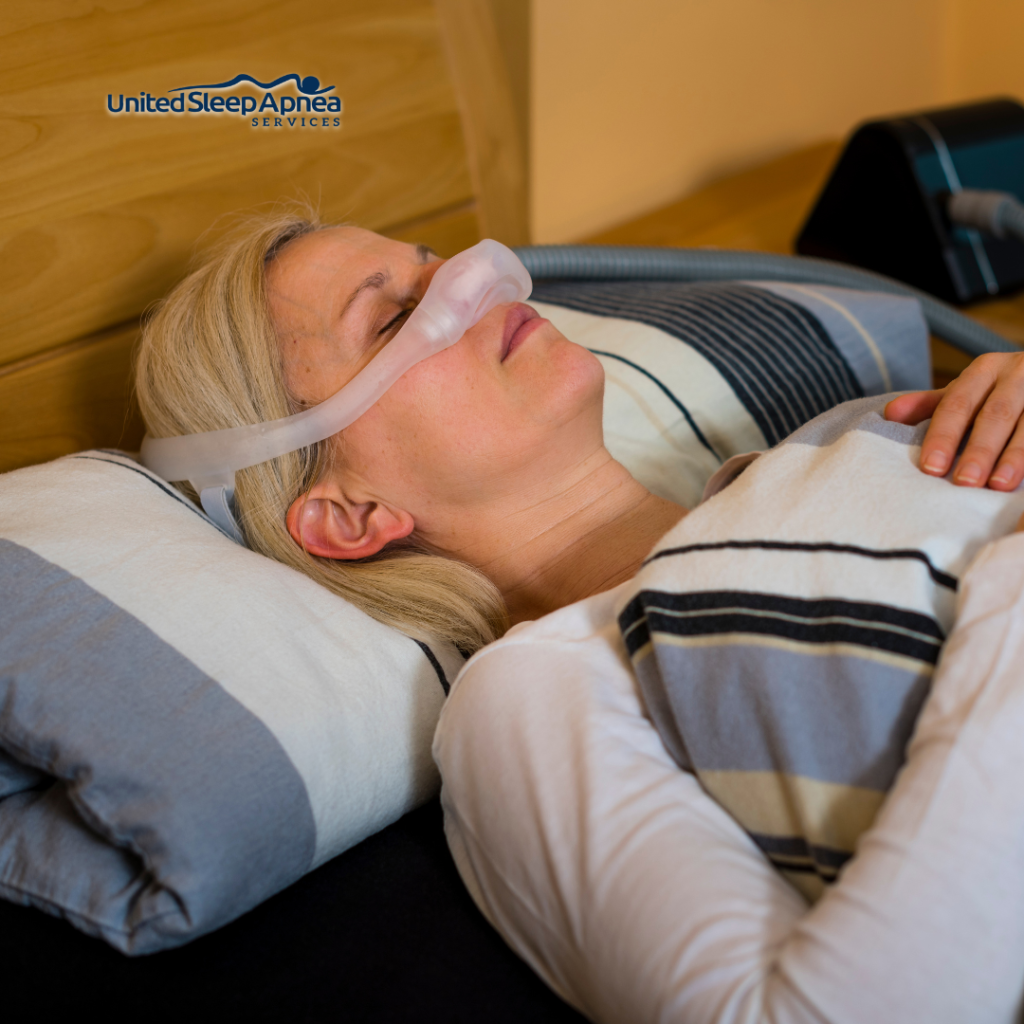 Obstructive sleep apnea is a chronic disorder associated with mortality and morbidity, including cardiovascular, neurocognitive, and metabolic diseases, and increased deaths due to cancer.

This sleep-related breathing disorder is characterized by repeated episodes of hypopneas and apneas linked to recurring episodes of hypoxemia, intrathoracic pressure changes, and arousal from sleep.

In patients with Obstructive Sleep Apnea, hypoxemia is reported to develop significantly. On the other hand, nocturnal hypoxemia plays a vital role in the development of sleep apnea.

In patients with sleep apnea, it is important to understand the factors that cause nocturnal hypoxemia. These factors include:

Patients with obstructive sleep apnea (OSA) have intermittent desaturation of oxygen associated with apnea episodes. Oxygen saturation levels under 90% are harmful. Usually, the treatment is focused on diagnosing and curing apnea, which, in turn, treats hypoxemia.

Intermittent nocturnal hypoxemia is a major factor contributing to the pathogenesis of sleep apnea-related comorbidities. OSA-related hypoxemia is characterized by episodes of hypoxemia with reoxygenation, which is different from low-frequency hypoxia and can cause ischemia-reperfusion injury. Intermittent hypoxemia promotes oxidative stress by increasing the production of reactive oxygen species and angiogenesis, increasing sympathetic activation and vascular inflammation.

Hypoxemia, one of the major factors of OSA development, depresses the central nervous system and weakens the respiratory load, and dyspnea in patients with asthma. It may delay the nervous system’s reaction time after visual, thermal, and auditory stimulation. Moreover, nocturnal hypoxemia can also stimulate neurotransmitters like adenosine, endogenous opioids, and gamma-aminobutyric acid. They may be the reason for a depressed central nervous system response.

In a study, 43 patients with OSA and nocturnal hypoxemia with oxygen levels below 90% who couldn’t undergo CPAP or surgical therapy were treated for apnea with oxygen supplementation overnight. Obstructive sleep apnea symptoms were observed before and 30 days after the start of treatment. A polysomnography study was performed on 21 patients to record their Respiratory Disturbance Index (RDI) score and minimum oxygen saturation level when they breathe room air or 4L per minute of oxygen through the nasal cannula. OSA symptoms significantly improved and the ESS score decreased after oxygen supplementation.

Overnight Polysomnography showed that oxygen administration helped increase the minimum oxygen saturation significantly. The RDI, however, didn’t change much with oxygen treatment. Oxygen administration to treat obstructive sleep apnea-related nocturnal hypoxemia was effective in reducing the symptoms of OSA. Oxygen supplementation had positive effects on levels of minimum oxygen saturation. Hence, oxygen treatment can prove beneficial for patients with comorbidity of OSA along with nocturnal hypoxemia. 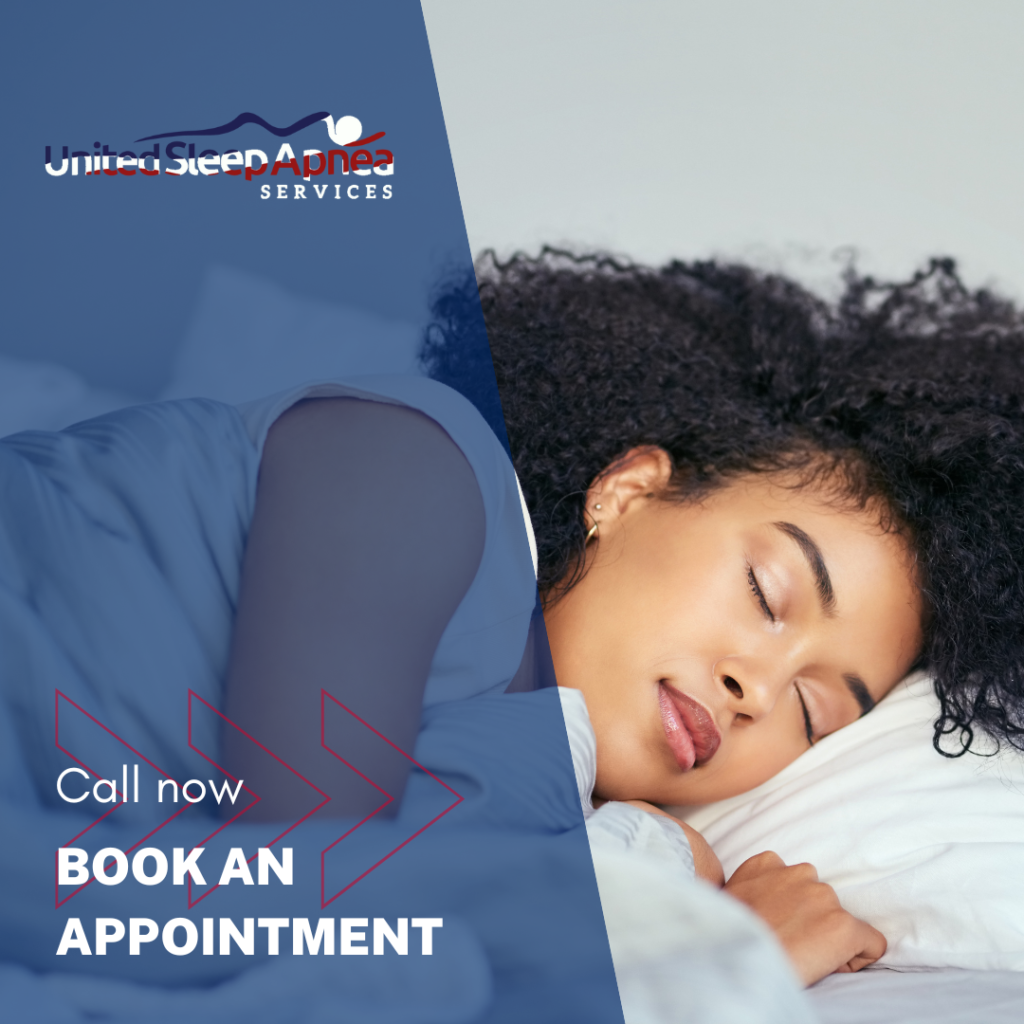 ARE YOU OR YOUR LOVED ONES AFFECTED BY SLEEP APNEA?

Our process is designed using a patient-centered, holistic curative model that focuses on lowering costs while improving outcomes.

We serve veterans, minorities, families, and those who can't get tests done at other facilities

Central Sleep Apnea (CSA) is a sleep-related breathing disorder in which the breathing stops and repeatedly starts during sleep. The sleep disorder results in an absence or insufficient air ventilation. Compared with obstructive sleep apnea, where ongoing respiratory efforts are observed, CSA is the lack of respiratory drive during airflow cessation. However, considerable overlap in the pathophysiology and pathogenesis between OSA and CSA exists, making it difficult to distinguish between the two sleep-related breathing disorders. CSA includes complications like frequent nighttime awakening, increased risk of chronic cardiovascular diseases, and daytime sleepiness.

Nocturnal hypoxemia, along with PLMS, in patients with ESRD increases the risk of the pathogenesis of left ventricular hypertrophy, coronary artery disease, and cardiovascular diseases.

Parasomnias are sleep disorders that cause abnormal behavior or movement during sleep. Various parasomnias are:

Parasomnias, combined with other sleep disorders like sleep apnea and nocturnal hypoxemia, may become fatal and cause chronic medical conditions, including paralysis, atrial fibrillation, and more.

Thyroid-Stimulating Hormone and its association with Sleep and Other Body Functions Insulin – the Prime Regulator of Blood Sugar Ghrelin – the Hunger Hormone of Your Body Cortisol – the Essential Stress (Sleep) Hormone in Today’s Lifestyle
Nocturnal Hypoxemia and its Relationship with Sleep and Sleep Disorders Sleep Apnea in Women Nocturnal Hypoxemia and its Effects on the Heart The Influence of Sleep on Testosterone Hormone Progesterone: The Magical Female Sex Hormone Everything You Need to Know About Circadian Rhythm and its Associative Role with the Sleep-Wake Cycle